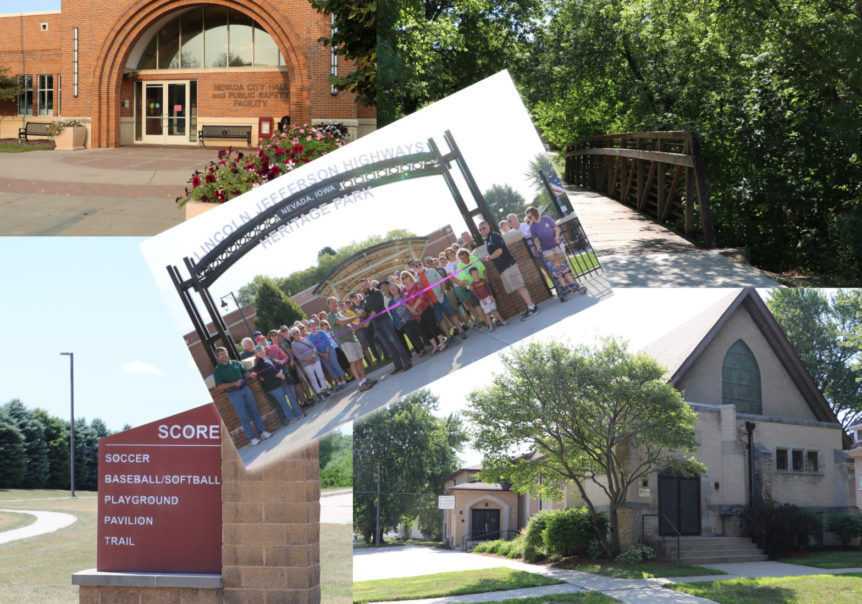 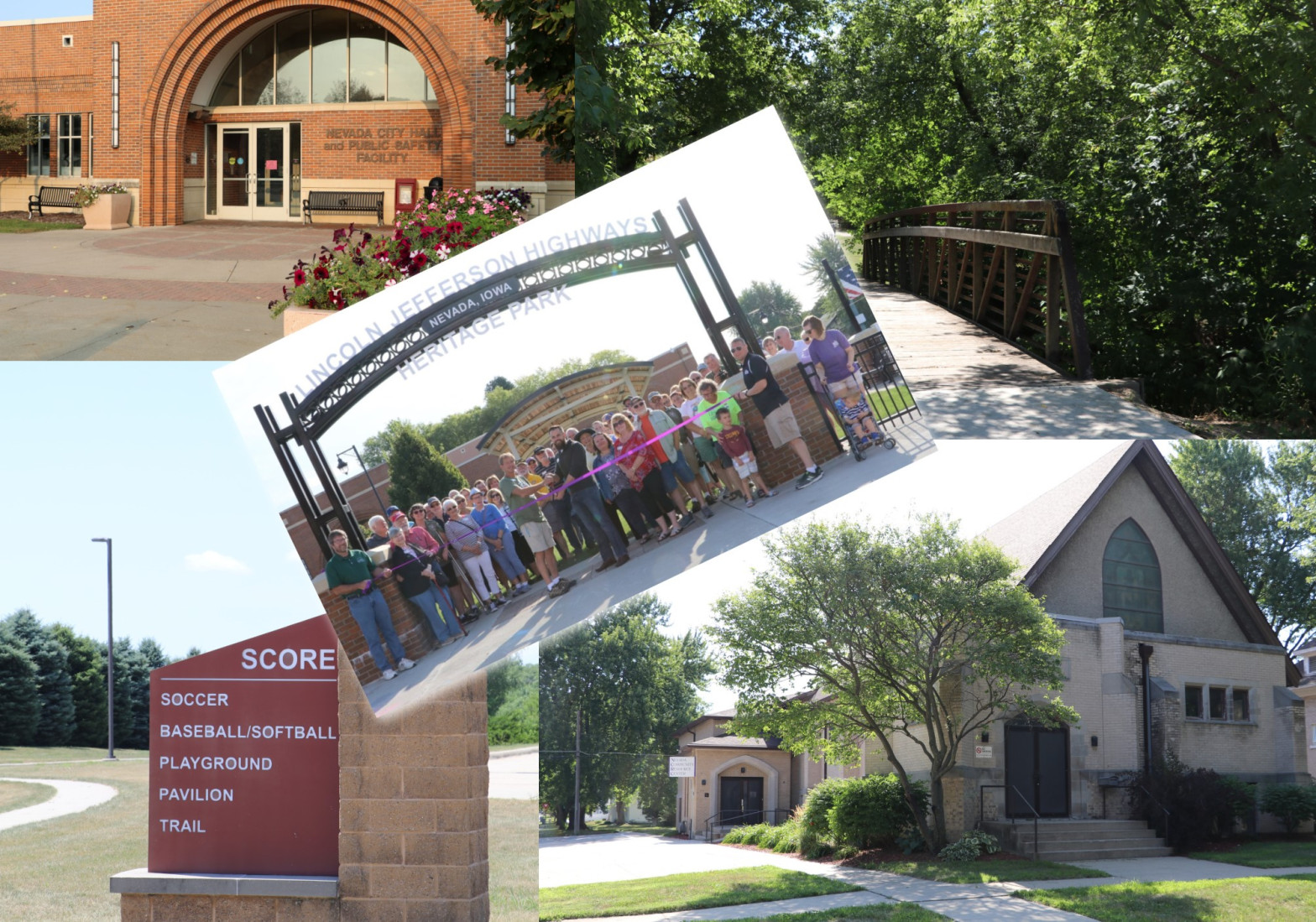 Many of the great projects that have happened in Nevada since the 1990s are the result of a planning process called Vision 2020. What will a new visioning process bring to Nevada in the next 10-30 years?

Leaders in Nevada have started discussions about a new visioning process for the community. Uncertain at this time about how many years the process will encompass, one thing is certain: If today’s leaders are as successful in setting goals as former community leaders have been, some incredible things are in store for Nevada.

In the coming weeks, residents will be called upon to fill out a survey about their hopes and dreams for the Nevada community. Watch for this survey to be distributed in a few ways, including social media links.

As you wait to take the survey, read the rest of this story to learn how former visioning processes came about and succeeded in bringing many amenities to Nevada.

If you look back to events of the early 1990s, it was the dawn of a new age. In 1990, Tim Berners-Lee published a formal proposal for the World Wide Web, and in 1991, the internet became available for unrestricted commercial use. By 1995, Ebay would be founded, and by 1998, the Google search engine and iMac computer were introduced.

“Nevada was emerging as a visionary community in the early 1990s,” recalls Jane Neff, who at the time worked for Heartland AEA and became heavily involved in several forward-thinking initiatives in Nevada. Neff and her husband, Mike, lived in Nevada. Mike was a local optometrist and served as a Nevada City Councilman in the 1990s and 2000s.

“One of the first major changes was the hiring of a professional city administrator, followed by the development of the Nevada Economic Development Council,” Jane said. “These two factors propelled the City into a much more competitive stance in the State (of Iowa) to bring in more industry, thus increasing the tax base for quality-of-life amenities for all residents.”

The early 1990s saw the birth of a “collaborative culture” in Nevada, which Jane said, “made it possible to think big… Nevada leaders were jumping in with both feet for the Total Community Development Project.”

The Nevada Journal archives tell us more about the history of “visioning processes” for the community. As reported May 13, 1999: “The entire visioning process in Nevada began in 1992 with the 2002 plan, which was a citizen-driven planning process. That plan was unveiled in 1994, and in just two-and-a-half years, 70 percent of the goals of that plan had been completed or implemented. Therefore, a new (and a little further out) planning process — the 2020 Vision for Nevada — was started.”

Laurie Henry, who had recently returned to the area with her husband Steve and their three sons, was asked to join the effort.

“I remember brainstorming about how changes in how people lived, worked, and played had resulted in different community needs,” Henry said. “There were so many thoughts about what should be done that the community was at risk of faltering because it could not do everything at once.”

Henry said, as a group, “we were able to gather ideas and establish a timeline that would ensure that the key projects would all be addressed over a 20-year time frame.”

“I loved being part of a group that was willing to look that far into the future and really assess the needs of our community and go for it,” Strohbehn said. “We were thinking for generations ahead. It was, ‘Let’s see what needs to happen for our community!’”

The goals of Vision 2020 touched almost every segment of the Nevada community and included input/buy-in from over 20 lead organizations that served the residents of Nevada.

A nearly 40-page document was compiled to outline goals, lead organizations, and possibilities of Vision 2020. The Development Team was guided through the entire process by The Institute for Decision Making at the University of Northern Iowa.

In a recent Community Coffee discussion, which can be found on the City of Nevada, IA Facebook page and YouTube channel (Dec. 12), several community leaders who carried out some of what Vision 2020 outlined spoke about the successes and about all the amenities Nevada now enjoys that were only “visions” back in the early 1990s.

Michelle Cassabaum, a business owner and community volunteer, and Tim Hansen, director of Nevada Parks and Recreation, talked about working on SCORE and the Fawcett Family Aquatic Center. The two are presently involved in the silent fundraising phase of bringing the Nevada Fieldhouse project (an indoor recreation facility) to life in the next few years.

Interestingly, the Fieldhouse project, tagged “SCORE Indoor” by Cassabaum, was actually mentioned in Vision 2020, and would have been closer to completion if it hadn’t been for the pandemic.

But many goals were completed by 2020. Here is a list of some of the major Vision 2020 accomplishments:

–Indian Ridge and other housing additions

–Having Nevada’s downtown on National Register of Historic Places

–a new wastewater treatment plant, which has recently been started

–getting a Highway 30/S-14 overpass programmed

–expansion of the recreational trails in the community

About recreational trails, Hansen likes to mention two important Nevada residents whose interest was a huge part of the Nevada trail system. Hats off to Harold Brinkman, who had the initial vision of a trail along the Indian Creek, and Bill Horine, who pushed for levies to expand Nevada’s trail system.

As current city leaders begin to embark on a new visioning process for Nevada, they have announced a few elements of the community’s past process will be retained.

The UNI Institute for Decision Making will again be involved in guiding current leaders, and Laurie Henry will join current leaders and provide historical perspective and experience to the new team.

“I am excited to see a new group of people stepping up to help map out the next 10 years, identifying what Nevada’s strengths are and addressing the weaknesses,” Henry said. “In 10 years, I think we will be amazed at what we can accomplish together.”

Neff, who now lives in Florida, said she keeps an eye on her former hometown.

“It has been exciting for me to see so many of the things imagined during that [1990s] time coming to fruition,” Neff said. “I have been especially excited about the development of the Main Street project, which I know takes a lot of people to make happen. It tells me that the culture of community engagement and leadership is still going strong over 20 years later.”